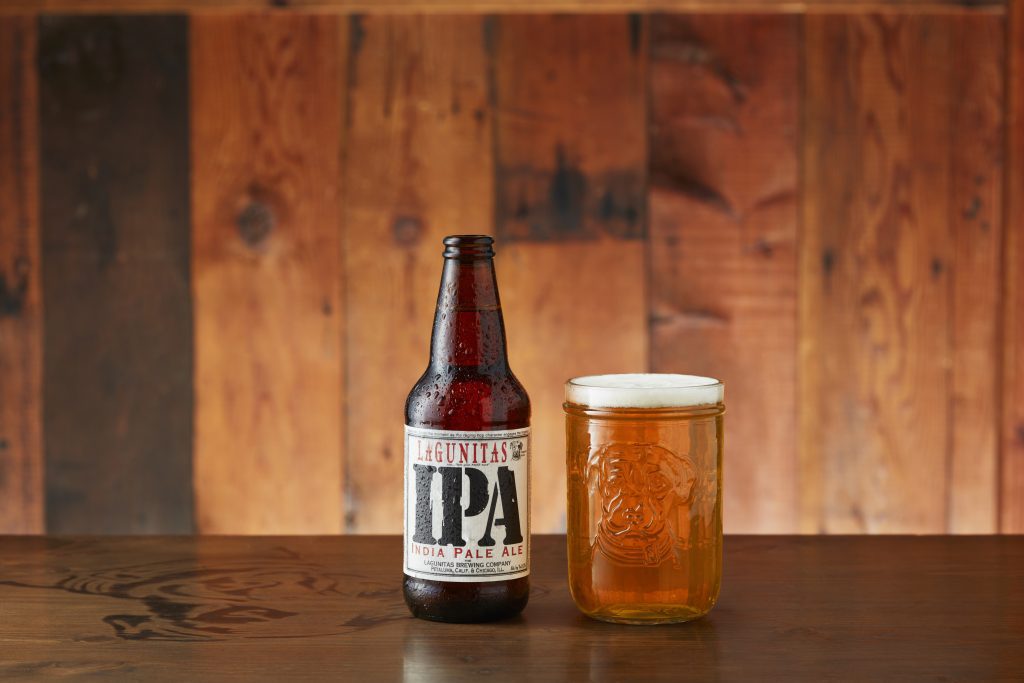 Imagine with me for a moment. You are sitting down after a long day of work, having the first beer of the evening, but your mind isn’t quite shut off yet. You don’t want to turn on the TV and you don’t have any reading material handy. So, you turn to what you do have, that can or bottle of Lagunitas that’s in your hand. You read the government warning. You read the marketing copy around the label. You even consider calling the phone number on there just to leave a silly message (please do that, it makes us all smile!). Finally, you see a series of acronyms and numbers and you wonder what the hell they are. Most likely you are seeing clusters of letters like ABV, IBU and OG. If this has you scratching your head as to what it all means, hang on as we go on a ride into beer analytics and testing!

The first of these acronyms that we will tackle is OG, or Original Gravity, since it is the first we will measure in the brewery. If you will recall from prior posts, we make beer by extracting sugar from grain in the brewhouse. You might be able to guess that the amount of sugar we get is important to the final product being made, so we need a way to measure it. Turns out, directly measuring dissolved sugar is fairly difficult if you are trying to see the sugar directly. But, if you use certain properties of the sugar, such as the fact that when it dissolves in water the volume of water gets heavier, you can very closely approximate sugar content. This is referred to as density, and is measured in g/mL. If we compare the density of our solution (1.xxx) to water (1.000), we get what is called a specific gravity. This is typically measured with a hydrometer; however, it can also be measured with an oscillating “u-tube” (not to be confused with the more popular and common YouTube). The hydrometer measures density by the buoyant force exerted by the liquid on the precisely weighted glass tube; that buoyant force increases as density goes up (think of saltwater vs. freshwater; saltwater has a bunch of salt dissolved in it, making it denser, so you float easier in it). Thi i the basic notion of Archimedes’ principle: a solid suspended in a fluid is buoyed by a force equal to the weight of the fluid displaced by the submerged part of the suspended solid. The lower the density of the liquid, the farther the hydrometer of a given weight will sink. The oscillating u-tube measures things slightly differently. The tube is electronically excited into undamped oscillation, and the frequency of said oscillation is measured. From calibration, this frequency can be converted into specific gravity because the mass of the liquid will be what causes changes in the frequency.

In the brewing process, we measure gravity many times as it is one of the easiest and quickest tasks to perform. However, just to make it more complicated, we often don’t use specific gravity (but homebrewers most often do), but rather a scale called degrees Plato, which is a more direct measurement of weight percentage. However, hope is not lost, because you can roughly convert between the two measurements pretty easily. If you have a specific gravity, you divide everything to the right of the decimal point by 4 to get degrees Plato (and the opposite to go from Plato to SG). Say you have an SG of 1.048, you would take the 048 and divide it by 4, giving you 12 degrees Plato. Simple as that!

Now seems like a good time to mention that there are national and international organizations that develop and validate methods to measure everything we are talking about today. Here in the U.S., we use the methods developed by the American Society of Brewing Chemists (ASBC). Check them out if you want to learn more about the nitty gritty of how to use them.

Next, we have ABV, which is closely related to OG and gravity in general. ABV stands for alcohol by volume and is expressed as a percentage. This is the number that will tell you how drunk you will get from any particular beer. Typical ranges will be anywhere from 4-8%, but there are non-alcoholic options, as well as high strength beers over 10%. This number is important not only because of the effect it will have on you, but also because the government really cares. By law, you must be within certain tolerances of your stated ABV for consumer safety, as well as to make sure the consumer is not being ripped off. There are ways to estimate ABV based off OG and final gravity (FG; the measured gravity after all fermentation has taken place), specifically using the formulas: ABV=131.25(OG-FG) (lower ABV) or ABV=133(OG-FG)/FG (for ABV over about 6%). However, because of the importance to having the right number, it is vital to actually measure this. Given said importance, there are also a number of ways to conduct this measurement (6 from ASBC), but two main methods win out. The first is distillation. You take a known quantity of beer (either by volume or weight), then distil it until all the alcohol has been collected off the beer (this is indeed the same thing you would do to make whiskey). You then need to figure out how much of that distillate is actually pure ethanol, as some water will carry over with it. Once you know that you can do some math magic and come up with your ABV. The second main method involves using near-infrared (NIR) spectroscopy. This involves using the near-infrared region of the electromagnetic spectrum (from 780 nm to 2500 nm). Each compound will have a unique spectra, giving it a fingerprint that can be used to identify quantities of that compound, such as this one for ethanol. The main instrument used for this type of measurement is called an alcolyzer and will give you alcohol and density measurements.

Lastly, we will look at IBUs, or International Bitterness Units. IBUs are an attempt to quantify the relative bitterness of beer. I say an attempt because it is specifically the measurement of certain compounds (iso-alpha acids) and taste perception is rarely the result of any one compound in isolation. However, it is still an important measurement that will give the consumer a relative idea of what they are getting into. So, a little more on alpha and iso-alpha acids. Alpha acids are a class of compounds (there are 3 major ones) found in hops that, when introduced to the boil convert, or isomerize, into the iso-alpha acids (IAA). These IAAs are very bitter and are responsible for most of the bitterness of beer.

Again, there are many ways to measure IBUs, but two are more common. First is by extracting the IAA by use of an acidified organic solvent (iso-octane) and then measuring the absorbance of the solvent at 275nm (spectroscopy again!). This is optimized for IAA extraction, but other compounds will also be extracted and will exhibit absorption at this wavelength, so it is more of a general measurement than a targeted measurement. This is the current and most used method, as it is relatively cheap and accessible. The second most common method is analysing IAA by use of high-performance liquid chromatography (HPLC). This technique uses physical separation techniques, generally a solid phase adsorbent material that your liquid solvent/sample flows over to separate out compounds due to slightly different interactions with the solid phase. The amounts of those relatively pure compounds can then be measured with some sort of detector. These instruments are very precise and highly useful but cost much more money than the spectrophotometer needed for iso-octane extraction, and generally require dedicated training to run.

Alright, I think I have thoroughly nerded out enough for one article, but I hope you have a better understanding of some of the numbers you might see on your next beer bottle or can. And while these numbers are important, they are by no means the only things we measure or monitor over the course of making each beer. Without a high performing quality team monitoring proceedings, things can quickly go awry. Here at Lagunitas, our quality team is performing well over 100 tests on each batch of beer to make sure there are no surprises! 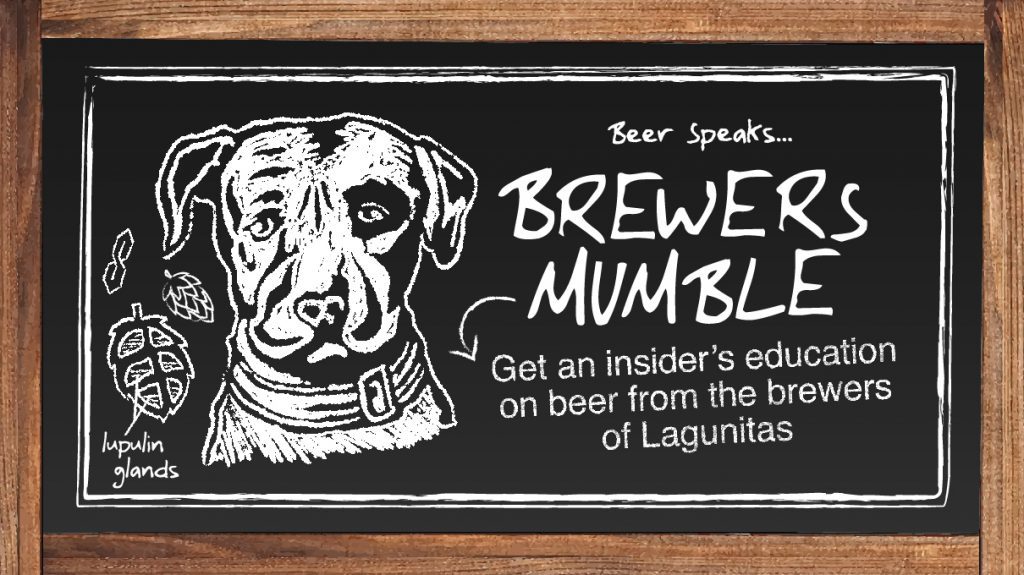 Get an insider’s education on beer from the brewers of Lagunitas.