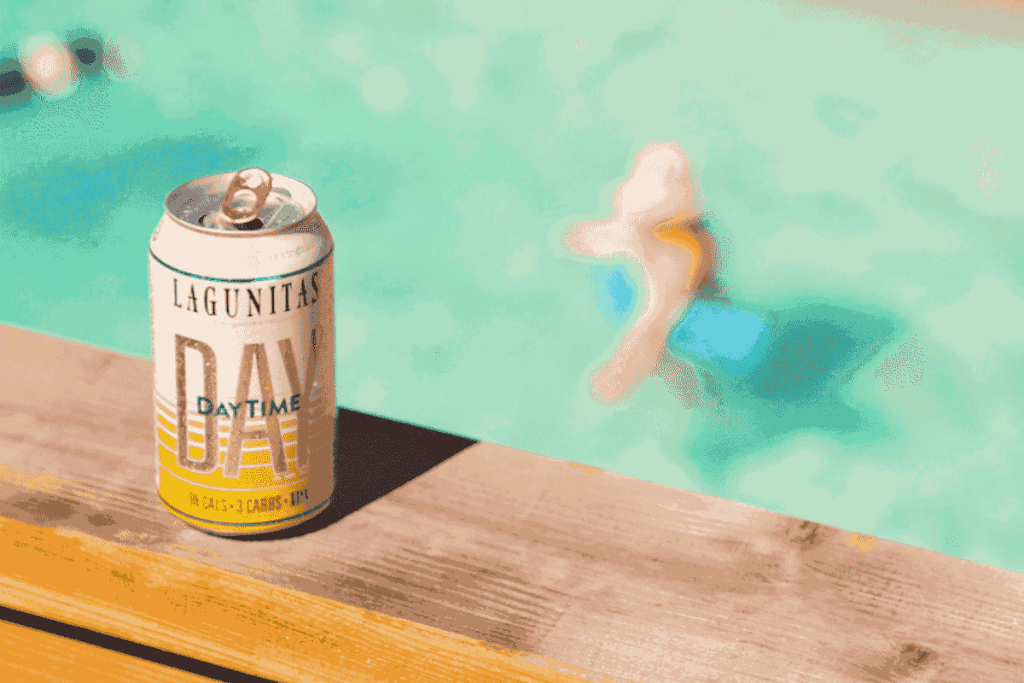 We’ve all had those days; for whatever reason, you start imbibing early. You could start with the IPA you knock back one or two of after work, but you know after an hour or two of that you aren’t going to be feeling so great. First comes the bloating, then the excessive drunkenness and then finally the killer hangover. What’s a reveller to do? Well, that is when most people would start to reach for the low-carb beer. That’s going to greatly help with the bloating (more on that later), but also, if you practice a modicum of moderation, it will also subdue your drunkenness and subsequent hangover. In these situations, I have found the best beer to drink is a nice DayTime IPA.

To understand why low-carb beers are special, it helps to know what beer is and what it is made of. Technically, beer can be made from the extracted sugars of any grain. For modern times, this means primarily barley malt, but also some measure of wheat, oats, and, if you are feeling sassy, rye. This is in opposition to wines, which are made by fermenting fruit juice (yes, technically apple cider is a wine and sake is a beer, but that is neither here nor there).

Now, you may have noticed I mentioned sugars, which automatically means carbs. So, what is a carb? It is short for carbohydrate, which, (to steal a move from Jeremy and pull from Wikipedia, which I donate to) is a biomolecule consisting of carbon (C), hydrogen (H) and oxygen (O) atoms, usually with a hydrogen–oxygen atom ratio of 2:1 (as in water) and thus with the empirical formula Cm(H2O)n (where m may or may not be different from n). Turns out, grain is full of carbohydrates, from long chain starches (used for energy storage to help the seeds grow), to simple sugars (which we use and promulgate in the brewhouse).

Here, Amylopectin, one of two components of starch in grains.

As I mentioned in the January article, we rely on a process called mashing to create fermentable sugars in the brewhouse (it’s a great article, you should really go check it out!). Typically, the sugar formed is maltose, derived from the name malt; convenient, eh? Yeast loves maltose and, assuming you don’t screw anything up, all of it will ferment into alcohol, lowering your carb count.

The problem comes in that, typically, the brewer is not able to convert all the starch in the grain into maltose or other fermentable sugars. In traditional and craft brewing, there is always a measure of unfermentable carbohydrates left behind that make it into the final product.

So how do we go about reducing carbs? The answer comes in two forms. If you want to get pretty close to a low carb beer, you start by lowering your mash temperature. This allows your alpha-amylase to work for longer before it degrades due to high heat (again, go read that January article!). The longer your alpha-amylase works for, the more maltose you will form, the more fermentable your wort will be and the less starch, and hence carbs, will be left over in the final product. This is how we first formulated DayTime IPA back in 2012 or 2013. That version clocked in at 4.7% ABV and an unknown amount of grams of carbs (all data is lost to the sands of time). A delicious beer for sure, but not one I could call low in carbs, just lower than something like a normal IPA.

Time for a history lesson. Does anyone know whom we have to thank for bringing the modern process of low-carb beer production to the USA? Anyone? Well, I didn’t actually expect any of you to know, which is why I am writing this article. It was a guy named Joseph Owades who worked for Rheingold Brewery in Brooklyn and travelled to Europe to try some beer by a guy named Dr. Hersch Gablinger of Basel, Switzerland. After tasting the beer, Rheingold purchased the exclusive rights to the process in the US and started producing Gablinger Beer in 1966,. It was the first modern light/low carb beer in America. It never really took off for Rheingold, but once the recipe changed hands a few times, it was introduced as [Brewery in Milwaukee] Lite in 1972, and took off like a rocket, igniting the domestic? light beer wars.

Man, I love a little brewing history, but what is this process anyway? It is as simple as adding an exogenous enzyme called amyloglucosidase (or gamma-amylase). These enzymes (often taken from Aspergillus, a fungi) are incredibly good at cleaving all the bonds in starch, creating free glucose, which yeast like even better than maltose. This enzyme can either be added to the mash (Lagunitas style) or the fermenter. By adding it to the mash, we ensure it doesn’t accidentally get into beers it isn’t supposed to, however the efficiency is just a little less.

Now I mentioned earlier that this can help with bloating. That happens for two reasons. The first is that carbs trigger your brain to make you feel full as you start metabolizing them. Reducing carbs helps stop that feeling of satiation. The second is that you are not over-feeding your gut microbiome too much starch, which they will then ferment and produce gas, giving you that classic bloat.

So, that is how we end up at the new and improved DayTime IPA, our low-carb craft IPA, which clocks in at 98 calories, 3 grams of carbs and 4% ABV*. We also stuff it full of hops to make sure you know you are drinking an IPA. While the bitterness isn’t too high, the lack of carbs and low alcohol don’t provide a lot of counterbalance, so you get a clean, crisp finish, with aromas of tropical fruit, citrus and eucalyptus. I like to say that drinking a DayTime is like driving through the eucalyptus trees on the way to the ocean while drinking a delicious juice. 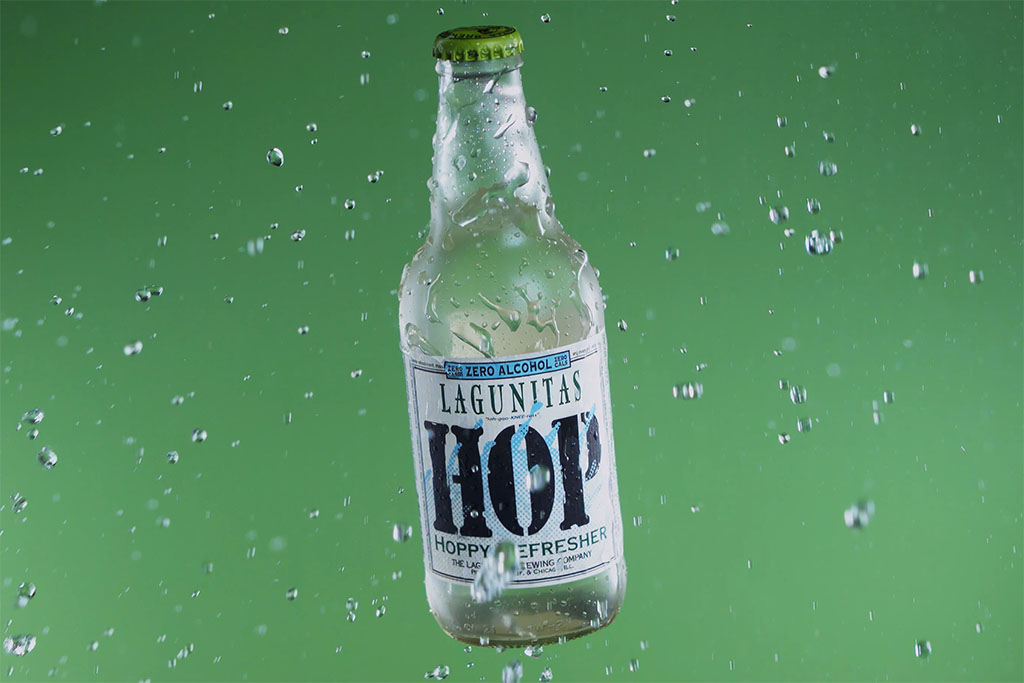 Lagunitas Hoppy Refresher is a fresh take on an old tradition … An IPA-inspired refreshment that’s zero-alcohol, zero-carbohydrate, and zero-calorie, made using everything we know about hops.