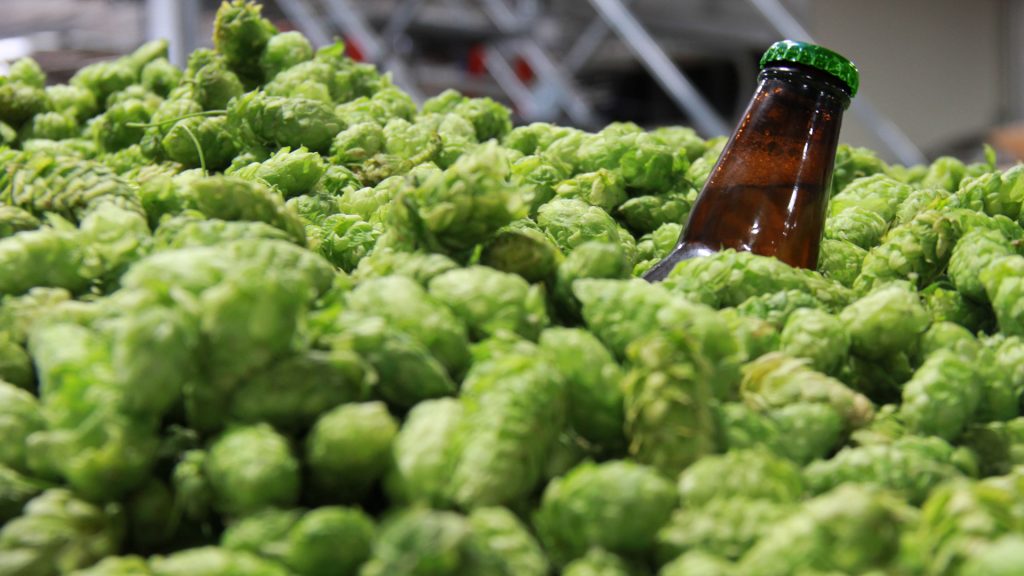 To single hop or double hop? SMASH Beers. Double dry hop. Early, late, middle, whirlpool, fermentation, dry hop. Terpenes. No this isn’t a bad punk rock song. It’s the things that brewers, especially IPA brewers debate and make decisions about (and homebrewers, because remember, anyone can brew, it’s as easy as cooking a good meal, or growing some good herb to the finish line).

None of this needs to be complicated. Let’s start at the beginning of beer. The earliest brewing was perhaps conducted by the Sumerians or the Babylonians. Nobody knows because they didn’t have the internet, but one thing’s for sure: it was somewhere near the grain rich area known as the Fertile Crescent and the resulting beer most likely tasted gnar-gnar. I like the scenario where somebody left a bowl of grain out in the rain, the grain sprouted and essentially malted (where hard grains with complex starches degrade down to soft grains with simpler sugars) and then some wild yeast floating in the air landed and fermented it. Some lucky guy or gal with presumably heinous breath and teeth then discovered the bowl and out of sheer hunger or thirst decided to drink it and then some super mystical and/or biblical stuff happened and the rest is history (they gonna call their friends, call their friends…).

Now fast forward to somewhere in Europe or the UK and early beers, technically gruits ales (fermented cereal beverage without hops) are common. Brewers are using anything and everything from the ground (plants, bushes, berries, shrubs, needles, etc.) to balance the sweetness from the grain in these early beers which were technically ales. Yet undiscovered hops grow wild all over the world, as a perennial (comes back every year without planting) herbaceous climbing plant that prefers a substantial winter but also a substantial summer with long daylight periods. An area almost synonymous with beer, Germany, was and still is a perfect place to grow hops (along with an even more perfect place, the Pacific NW US—more on that later). So somewhere between 700 and 1100 (as in hella long ago bro), a lucky person, most likely an early German, probably also a woman (women did all the work while men drank and ate meat off bones FYI) picked some hops and threw them into the batch of ale on the fire and viola, Beer! Gone are the weird super astringent and acrid (and mildly poisonous) plants and crap they had been using, because that batch was so tasty, whoever made it runneth and told all the land and there was much rejoicing. You see, hops contain everything that was needed to complete balancing the sweetness from the grain, and a truly pleasing and remarkable beverage was born. Well not exactly, due to the taxes and politics of the land and, it would take until between 1500 and 1600 to legitimize hop cultivation and consistent use in beer, with the Dutch smoothing over the plight of hops from Germany to England.

Now that we at 600 words and have addressed nothing of the stated subject matter, it is heretofore time to delve into the promised content. The flowers of the hop plant, known as cones, contain these teeny resin specks called lupulin glands that look like glistening tiny cupcakes, and contain all the brewing value of hops. All the golden material seen here is the lupulin.

Everybody calm down, I donated some $ to Wikipedia to help cover stealing the image above. The lupulin glands contain both the alpha acids, that when boiled become water soluble and become bitterness in beer (and are measured as BUs or Bitterness Units) and the essence oils or terpenes that give beer, especially Lagunitas’ beers and IPAs its distinct flavor, aroma and mouthfeel.

Terpenes are a class of highly aromatic hydrocarbons, historically associated with turpentine (made from pine sap), but today terps are buzzwords in both the cannabis and hops industries. Hops were cannabis about 25 or so million years ago and the hop split off to evolve on its own to chase riparian zones (water) and it’s quite easy to see cannabis trichomes and hops lupulin glands as evolutionary analogs of each other. Terpenes are important to the messaging systems of living things, and there are a lot of them, and they are responsible for all the action in a hop rub and a lot of the aroma of an IPA.

A simplest of beer could be made with just one malt, and just one hop, and technically a SMASH beer (Single Malt and Single Hop). It could be an ale or a lager. Add more hops and malt to lift the BUs and the alcohol and it is a Pale Ale, less and it’s a Blonde Ale, dry hop that Pale Ale heavily and it could be an IPA, and all still a SMASH beer. Dry hop it once during fermentation (fermentation dry hop) and again afterwards (dry hop) and the two different dry hops will express differently, essentially biotransformation by yeast (yeast acting on hop terpenes) will build a fruitier, tropical and piney profile while the regular dry hop build grapefruit pith and grippy resinous mouthfeel. Still a SMASH beer. Not just any hop will make an interesting beer, so there’s a reason brewers regard hops like TikTok songs, they come and go, but in order to please, they better deliver. To get an idea and/or learn about a current snapshot of hops in 2021, check out this link (note: it does not have them all): The idea behind a monohopic feature is to select a very popular hop (e.g., Citra) and let it shine. Thus, the concept behind a Stereohopic or dual hop is to pick either two very heavy hitting hops (think Steph and Klay of the back in the day buffet) and then put them artfully together or pick two that can play off each other. Not all hops are “all that” but sometimes the subtle goodness of one will play well with another.

Let’s dig in to the hops in StereohopicVol1: Mosaic + Nelson Sauvin. Both of these hops are heavy hitters. Each one makes a great SMASH beer or could be a Monohopic. Mosaic was released in 2012 and bred by a good friend of Lagunitas named Jason Perrault. Lagunitas knew Mosaic as HBC369 as early as 2009 when we received cuts of it as part of participation in breeding evaluation program. Three fun facts: 1.) Mosaic is the daughter of Simcoe 2.) As HBC369, Lagunitas returned negative feedback as it had an intense sulphur, but when we put it in beer it made very strong and pronounced pleasant dank berries. We instantly became a fan 3.) When Mosaic was to get a name, they opened process up to a bunch of craft brewers (including Lagunitas) to help suggest and pick. That was the first and last time any hop breeding company did that! Other characteristics include blueberry, tangerine, rose, papaya and bubble gum. Mosaic has a good yield and a medium sized, slightly shaggy looking cone (similar to Simcoe).

For a super quick awesome video by our dear friends Joe and Jason, click here.

Nelson Sauvin, the counterpart to Mosaic in StereohopicVol1, is grown exclusively in New Zealand and was introduced out of a horticultural breeding program in 2000. As you can see, it is skinnier, longer and a denser cone when compared to Mosaic. Named after the growing region Nelson, NZ and the Sauvin is an ode to the Sauvignon blanc wine grape (also grown in the same region). Additional characteristics include gooseberry and grapefruit, which is also a characteristic of every other popular IPA hop, so we sometimes just leave that out. Lagunitas looks for a pungent cedary character from Nelson and well as the “catty” pear/passionfruit of Sauvignon blanc wine along with the distinctive Southern Hemisphere increased savory or umami character that sets them apart from Pacific NW hops of the northern hemisphere. Nelson is one of the most pungent of the Southern Hemisphere hops so is naturally popular to IPA brewers. A few fun facts: 1.) All Nelson and NZ hops are organic. Because NZ is so remote, there is less disease introduced there, so the hops get a break. 2.) Nelson has a very low myrcene content (myrcene is the most dominant terpene in almost all hops) 3.) At one point, almost half the world’s Nelson was contracted by San Diego area brewers so much that some folks there bought a farm in NZ. There is much less land available in the suitable band of the southern hemisphere so there is much lower acreage of hops like Nelson and all the other good ones in Australia, Tasmania and South Africa. 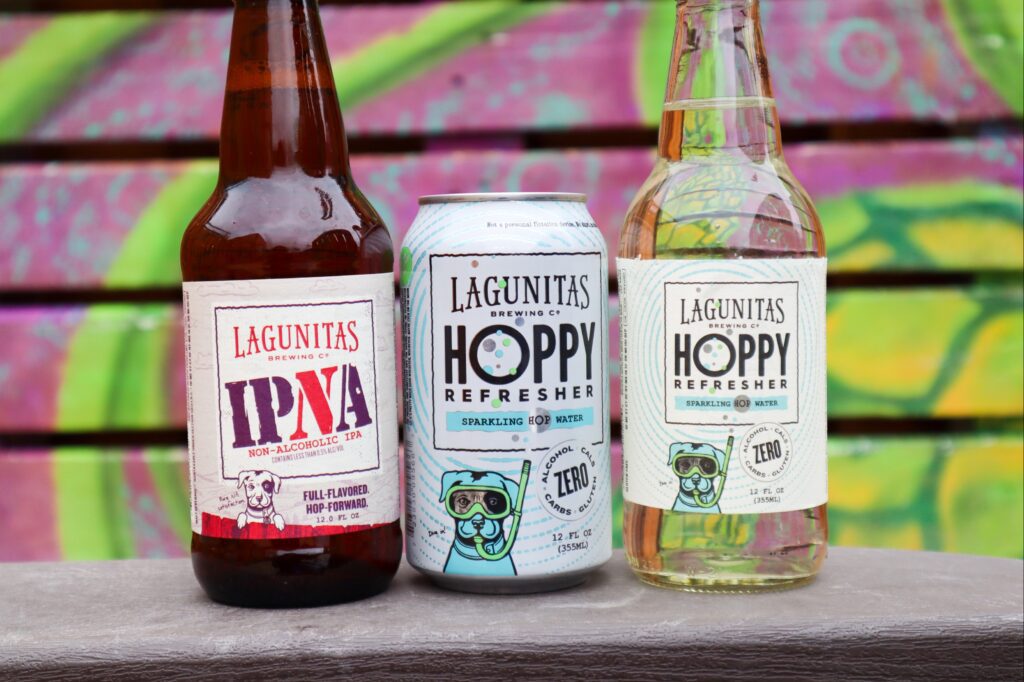