The Relationship Between Cannabis & Beer 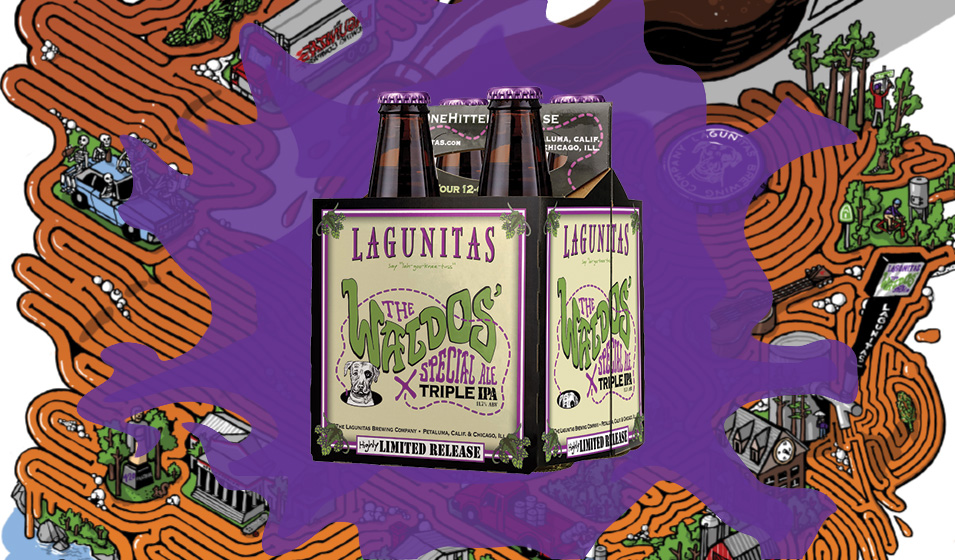 Let’s back up before the original Waldos collaboration brew, and even before the Saint Patrick’s Day Massacre bust of 2005, and keep going to even before humans were beings, about 25 million years ago (this is after dinosaurs y’all, so just so we’re all together, it goes: dinosaurs, weed, hops, humans then Twinkies).

Contained in the genetic record of hops and cannabis we (ok not us, but super smart nerds) found out that before 25 million years ago, there was only weed. And hops (aka humulus) evolved out of weed to chase those moist creek beds, whereas cannabis remained perfectly content to stay in the dry savannahs which get little to no wetness in the winter.

As you can see, cannabis and humulus (hops) are two types of the relatively small family of Cannabaceae. In blunt (see what we did there…) terms, cannabis and hops are cousins, both sharing a key ingredient called terpenes. Now of course we mention the terpenes, because “it’s all about the terps, brah.” (Yes, people actually say things like this…just not us.)

Terpenes are very mysterious and numerous. Hops tend to have a large amount of myrcene (a type of terpene) and varying amounts of other terpenes that “define” the hop whereas cannabis has less myrcene and varies more in its terpene profile from one strain to the other. Whether or not one person likes a strain or not often comes down to the terpene expression.

Both hops and cannabis have a sticky icky resinous part that appears to be of similar terpene factories, but where weed makes cannabinoids, hops make alpha & beta acids. These glands contain all the brewing and/or medicinal value as well as all the terpenes.

Enough of the science babble. When it really comes down to it, you can also pretty much tell they are related just based on their smell…which is wondrously dank. The pungent aroma is due to potent methyl mercaptans (or Sulphur-containing thiols). Hops such as Columbus, Summit and Apollo are rich in methyl mercaptans and smell eerily like a Kush or Grand Daddy Purple (or some of the more indica leaning strains, what some would call “night-time weed”). And smell is one of the many reasons why weed-smokin’ hippies also tend to like hoppy IPAs.

Now let’s fast forward to the Waldos to complete this dank factor story!

We Have a Need for Weed

Tony Magee, who founded Lagunitas in 1993, always said “It takes a lot of good weed to make great beer,” and Lagunitas has always found ways to bridge the gap between its two first loves.

I’m not going to go too deep into the history other than to say that five high school buddies—named Larry, Steve, Jeff, Dave, and Mark—would gather at San Rafael High School at 4:20 every afternoon. Why 4:20? Well, apparently that was “just how much time it took to grab all your sh*t from your locker and be at a certain place after you were done with your sh*t.” They would meet every day in the front courtyard of their school near the statue of Louis Pasteur, setting out in a ’66 Impala armed with a “treasure map” to find a secret garden near Point Reyes. 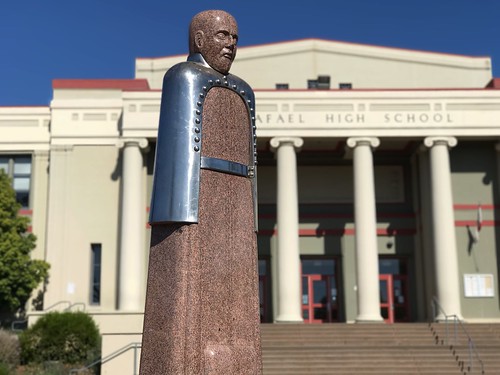 Now who the f**k is Louis Pasteur? He was the scientist who discovered yeast and fermentation. BOOM. Another hops and weed connection. Their self-styled name, Waldos, come from the fact that they would smoke weed while leaning against walls…just living their best 1970s life. Everyone was smoking weed in the 70s, so it didn’t take long until the Waldos’ 4:20 rhetoric went the 1970’s version of viral. Side note: One of the Waldos’ dads worked with the Grateful Dead. He threw out a little of his son’s 4:20 lingo and badabingbadaboom, the term took off touring with a magical hippie circus all over the world.

The first Waldos was brewed in 2011, after Lagunitas had installed the first German brewhouse, which is still here today and is referred to as the 80 barrel. The five Waldos humans connected with Lagunitas through Ron and were brought to the brewery in one of our first official collaboration brews. Waldo Dave videotaped the entire exchange on an analog camera—that’s how long ago this was.

The Waldos sniffed all our most stanky, sticky, dank hops and made their selection in collaboration with Lagunitas. The early iterations of Waldos featured a different malt and hop bill each year.

The current version of high ABV Waldos (over 11.5% alc./vol.) first appeared in 2016 with loads of Columbus, Citra, and Mosaic hops. And it’s our only Triple IPA (or TIPA as some call it). For perspective, an IPA already expresses bold hop characteristics. Double IPA (or Imperial IPA, depending on your, like, opinion, man) is an even bigger expression of that bitter, hop intensity; not to mention alcohol content. So, a 420-Inspired Triple IPA brewed with some of Yakima’s dankest Citra and Mosaic hops? Yeah. It’s, uh, heady. It’s herbaceous. Botanical. Dank. Resinous. Peep the deets below:

Lagunitas’ regard for cannabis began with the founders and their lifestyle and made its first ill-fated appearance as a beer with The Kronik.

The folks at the Alcohol and Tobacco Tax and Trade Bureau (TTB) learned of its true meaning thanks to a young inter narc and rejected the label. So, what did we do? We slapped ‘Censored’ on the label  and re-submitted it as a joke, and the TTB actually accepted it! Equally ironic was the fact that Censored wasn’t particularly dank or sticky-icky. It quickly became a safe-haven beer for folks who did not like all the hops in our other IPAs. Besides Kronik and Waldos, we made minor nods to cannabis with beer names like NightTime (a nod to Indica) and Daytime (a nod to Sativa and one of the very first session IPAs).

The canna-hop relationship didn’t really pick up again until 2017, when legal medicinal cannabis was accelerating in Sonoma County. In 2017, the highly regarded SuperCritical Ale was released. Super Critical added cannabis terpenes (with no psychoactive compounds) to impart smell to the beer. The name SuperCritical refers to the property of CO2 where temperature and pressure facilitate solvent-like properties and the fact that CO2 extraction is used by both the hops and cannabis industries because it leaves no solvent behind (the CO2 is either re-used or dissipates). (Our lawyer would like us to clarify that Lagunitas does not make any beer that has cannabis or its derivatives in it based on guidance from the TTB & other agencies. We revived SuperCritical Ale after its initial launch as a dank hoppy beer without any terpenes.)

Simultaneously, our friends at CannaCraft added extracts from Lagunitas’ hops to their Hop Cannon and Stereoterpical vape cartridges. It was a classic 80’s movie identity switch.

In 2018, Lagunitas wanted to up the ante to the cannabis collaborations and decided to attempt infusing our Hoppy Refresher with nano-emulsified THC & CBD. And thus, in June of 2018, HiFi Hops was born and became the first cannabis beverage from a beer producer in history within the nascent category. 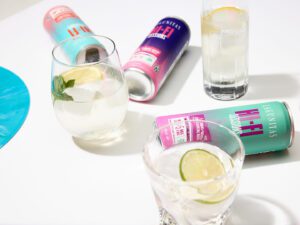 Now, Lagunitas and AbsoluteXtracts are dialing things up further, with Hi-Fi Sessions, a hoppy zero-calorie, zero-carb sparkling beverage infused with the finest THC & CBD from local sun-grown cannabis. The best of both worlds. (Hi-Fi Sessions is currently available in legal dispensaries in CA & CO in three different dosages.) Stay high-drated, my friends.

After all the trouble in 2005, being the first regional craft brewery to be shut-down due to weed and with the country headed towards full federal legalization, it sure does feel great to have been on the right side of history and to see Waldos inspiring newer generations of weed-friendly craft brewers all over.

The original Waldos never did find the fabled garden. So we keep brewin’ Waldos beer every year just in time for 4/20. For all the treasure hunters everywhere.

The Wing of Fire

Petaluma TapRoom Chef Supreme Katie shared her super-secret Smoked JUMBO Wing recipe with us so you can create them at home on the smoker (or in the oven…or on the grill…however you wanna wing it).